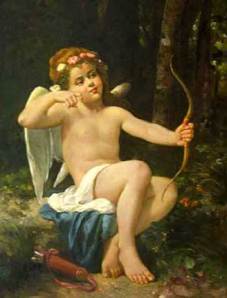 Love might be one of the most overused words in the English language as well as the most misunderstood.  It can span the scale from 0 to 10 in actual meaning.  One might say I love pizza, and then there is waiting for that special someone to say those three words, “I love you.”

The meaning of this four-letter word can be so broad that one can question if it even has meaning at all?  This one single word really encompasses too much and I feel it needs an offshoot of words with its own dictionary.

The Greeks had four words for love:

Agape – In Modern Greek it means brotherly love.  In more ancient times it referred to a true, deep, or sacrificial love.  It can also be referred to as a divine love or God’s love.  It can mean the highest and purest form of love.

It can refer to beauty or an appreciation of beauty such as physical attraction, but is not necessary in this type of love.  Plato used the term platonic to refer to love without physical attraction.  Platonic love is a love on a deeper level – the level of the soul and delves into the spiritual aspect.

Philia – Philia means friendship in Modern Greek. This love is virtuous and involves loyalty to friends, family and community, a concept developed by Aristotle.

Storge – Storge means “affection” in ancient and Modern Greek. It is natural affection, like that felt by parents for offspring. Rarely used in ancient works, and then almost exclusively as a descriptor of relationships within the family.

Yoga, meaning to yoke to God, is varied and broad in its many branches and definitely takes in the meaning of love. Under the ancient Indian tradition of yoga, Bhakti yoga is based on the doctrine that love is God and God is love.  All else is meaningless.  Earthly attachments with their lower forms of love are meaningless.  Bhakti yoga is the most direct method to experience the divine.  In perfection of this yoga all becomes one, knower and known, subject and object, deity and devotee.

“Giving love to all,  feeling the love of God,  seeing His presence in everyone…  that is the way to live in this world.”  Parahamansa Yogananda

Being deeply loved by someone gives you strength, while loving someone deeply gives you courage. Lao Tzu

1 Corinthians 13 is known as the love chapter of the Bible.

4 Love is patient, love is kind. It does not envy, it does not boast, it is not proud. 5 It does not dishonor others, it is not self-seeking, it is not easily angered, it keeps no record of wrongs. 6 Love does not delight in evil but rejoices with the truth. 7 It always protects, always trusts, always hopes, always perseveres.

8 Love never fails. But where there are prophecies, they will cease; where there are tongues, they will be stilled; where there is knowledge, it will pass away. 9 For we know in part and we prophesy in part, 10 but when completeness comes, what is in part disappears. 11 When I was a child, I talked like a child, I thought like a child, I reasoned like a child. When I became a man, I put the ways of childhood behind me. 12 For now we see only a reflection as in a mirror; then we shall see face to face. Now I know in part; then I shall know fully, even as I am fully known.

13 And now these three remain: faith, hope and love. But the greatest of these is love.

I believe that love is God’s glue, and actually is and is not separate from God.  It is that which holds all that is together.  It is the bliss and joy that mystics have experienced and that cannot be described in mere words.  Perhaps the closest earthly experience we may have of it is of “being in love.”  It’s an experience that usually fades and is not considered the norm.  I really think that “being in love” feeling should be the constant and the norm – a continuous ecstasy of spirit.  The poetry of Rumi to me most exemplifies this.  Rumi could be quoted all day on love, but I will end with this:

“Your task is not to seek for love, but merely to seek and find all the barriers within yourself that you have built against it.”  Jalal ad-Din Rumi

I am thankful for the brief encounters I’ve had with that blissful love one would term Bhakti.